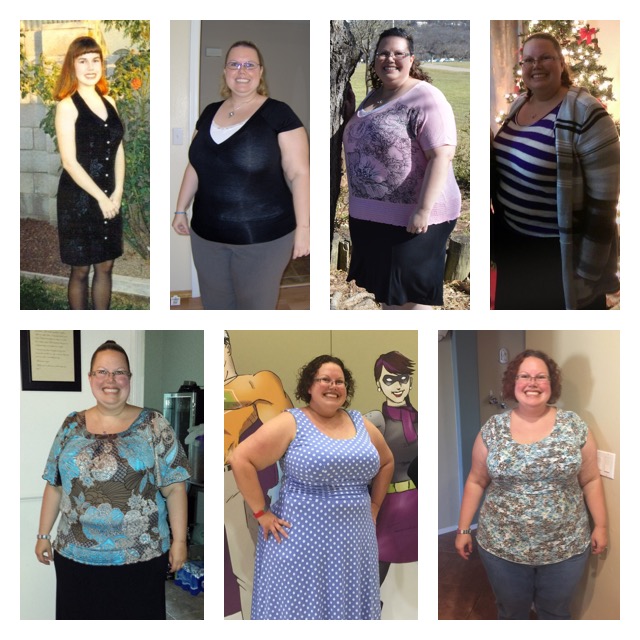 When I started college I weighed 110 pounds, I was athletic, ambitious, and had no idea how the next few years would change my life forever. I gained 30 pounds my first year of college, and attributed it to the “Freshman Fifteen”. I was always an over-achiever, so I figured I had just over-done it in this too! Over the next few years I noticed that my muscles were getting weaker, it was harder to do the athletic things I had always done. Even walking across campus became tiring. I also was getting sick a lot more often than I was used to, but I attributed this to being in a new environment with people from all over the country; the weight gain continued too. But then in my Junior year everything changed. I started having episodes of not being able to sleep for 2 or 3 days in a row, and feeling anxious and full of energy, followed by days where I could hardly get out of bed, where I felt like I was walking through cement the whole day. I went to the doctor, and they did some tests. Everything came back fine, they said I needed to lose some weight, exercise more, and see a counselor (this would become a refrain I heard often over the next 8 years). I took their advice and saw a counselor. When I described what was going on, all my physical symptoms, and the sleep issues, and anxiety, they said it was a classic case of Bipolar Disorder. (This diagnosis would haunt me for years!) I was put on multiple psychotropic medications over the next few years which either had no effects on what was happening in my body or made things much worse. My goal when I started college was to go straight to medical school when I graduated, however, when it came time to apply with everything going wrong physically and mentally, I did not think I could handle the rigors of medical school at that time.  So I made the decision to apply to graduate school back home where I would be close to family.

After I moved home things actually seemed to be getting better for a few years. Now that I was cooking my own food I was able to eat healthier. When I finished college I weighed 210 pounds, but over the next few years I was able to lose about 30 pounds. I even started sleeping better and the mood swings and anxiety lessened. I began to think that whatever had happened in college was over and I could get on with a normal life. I did see a few doctors though, just to try and investigate what had been going on, but their tests always came back “normal” (some minor things would be off here and there but they were always brushed aside), and the appointments always ended with eat better, exercise more, lose weight and all will be fine, or my favorite, “it’s all in your head” because I was a “diagnosed” bipolar! So, I finished graduate school, started work, and began to think about applying to medical school again. Unfortunately, not too long after I sent out applications things began to get worse than ever. The anxiety came back and along with it came paranoia and even hallucinations. All the weight I lost came back and more with it, and I was back to episodes of not sleeping followed by bone crushing fatigue. But, I was accepted into medical school just a few hours away from home. I decided to go, even though things were worse than they had ever been, because my family was just a few hours away.

After medical school started I noticed a new symptom that I had never noticed before. I had always been a great student; I had a near photographic memory and could ace most of my classes without much effort. However, during medical school I found I had severe difficulty focusing. I couldn’t remember things that I had just seen, and I was even having trouble expressing myself; I struggled sometimes to find even the simplest words. Also, the migraines that started when I was a young teen, plagued me with a vengeance again, and it seemed like I had a different illness each week. (I even came down with RSV which is usually only contracted by infants and the elderly, and people with weakened immune systems.) So I went and saw the primary care doctor that was available to the medical students. She ran the same tests that had been run dozens of times before, but this time there was evidence of inflammation and a few other tests just weren’t right. This began a series of specialists appointments with various diagnoses tossed around; Lupus, Fibromyalgia, Polycystic Ovarian Syndrome, HIV, but my symptoms and test results never quite fit any of them.

Then one day in class of all places, a lightbulb went off. We were studying the Endocrine system, and that day’s lecture was about pathology. One of the slides had a drawing of an overweight person with arrows going to different parts of the body: hair loss-check, round face-check, muscle weakness-double check, central obesity-check, red strechmarks-check, thin arms and legs-check. As the teacher was listing off all of these symptoms and findings I was checking them all off in my head. Finally, here was something that I met all the criteria to, I could finally put a name to what was going on with me; Cushing’s disease. After the lecture I went up to my teacher and made a joke about how all medical students think they have some rare or exotic disease, but I told him that I had been sick for a long time and I could check off everything he mentioned. He looked at me for a minute and said that could actually be a possibility. I went home and Googled Cushing’s disease right away, and one site I found opened up a world of knowledge and experience to me. Cushings-help.com brought me to a community of people with Cushing’s. I was able to share my symptoms and finally have an entire group of people totally understand what I was going through. I even found help on what tests needed to be run, and a referral to a specialist. I saw that doctor in January of 2008, and after his examination he thought that Cushing’s disease was a likely diagnosis, and while I was elated because I finally had someone who listened and who gave me a name for what was going wrong, it was just the beginning of a very long and arduous journey of diagnosis and treatment.

I had an MRI of my brain and my abdomen right away because Cushing’s disease is generally caused by either a tumor in your pituitary gland or your adrenal glands. They both were read by the radiologist as normal, but the doctor had me send a copy to a neurosurgeon. That neurosurgeon believed that he saw a tumor on my pituitary gland. Even though there was potentially a tumor on my pituitary, no one will do surgery without there also being chemical evidence of an overproduction of cortisol. So I spent the next year and a half peeing in jugs and spitting on cotton swabs to try to catch cortisol highs. In October 2009 my doctor felt that I had finally amassed enough evidence that my body was producing too much cortisol that I was cleared for brain surgery. My mother and I traveled to Florida where I underwent a transphenoidal pituitary tumor removal. I had a lot of hope that this would resolve everything that I had been dealing with. I started losing weight right away, however, the other symptoms were very slow to resolve. After about 9 months I began to suspect that I didn’t really have a cure.

This led to another year of more testing. After it was shown that I was producing elevated cortisol again, my doctor thought it best that we try a medical approach before considering another surgery. My doctor prescribed Ketoconazole to try to reduce the amount of cortisol ravaging my body. However, over a few months the dose had to be raised to very high levels because it wasn’t resolving any of my symptoms, and the symptoms from the Ketoconazole and it risks it posed eventually became intolerable. After stopping Ketonconazole it meant more testing! Eventually, after much consideration my doctor and I thought the best course of action would be to have a Bilateral Adrenalectomy (BLA). This is not a decision to be taken lightly, you are trading one disease, Cushing’s, for another disease, Addison’s, while not as deadly it can still be life threatening if not treated and monitored correctly. So in July 2014 I had both of my adrenal glands removed. (They were huge from years of over producing cortisol!) I recovered physically from the surgery very quickly, but I never saw a resolution of my Cushing’s symptoms, unlike the vast majority of people who undergo this surgery. I was able to wean down to very low levels of replacement cortisol, and still continued to suffer from the symptoms of Cushing’s. Now, 2 ½ years after my BLA, I am back to almost the worst point in my symptoms. My doctor believes that I am still producing cortisol somewhere in my body, and it is very likely due to there being extra adrenal tissue somewhere where it is not supposed to be. So, once again I am testing. It’s the story of my life. I continue to live with the symptoms of Cushing’s, as well as all the damage excess cortisol did to my body, but I am doubly cursed because I also have all the risks associated with Addison’s disease and must be especially careful when sick or undergoing procedures. But even after all this, I still hold out hope, that one day I will find a way to beat Cushing’s! I may never get my old life back, but I have hope that I can create a new normal that doesn’t involve testing, and surgeries, and sleepless nights, and 100 pound weight gains, and all the terrible things that this disease has brought. One day I will overcome it all!