The Birth of the EPIC Foundation

Dr. Karen’s Personal Story and the birth of The EPIC Foundation 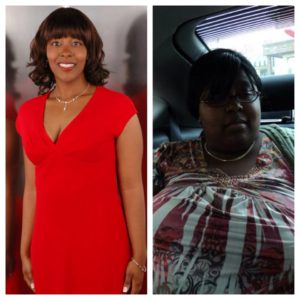 I am Dr. Karen. I earned a Doctorate in Clinical Psychology in 2005. After I obtained my degree, I taught graduate school for a year but then went into full time private practice in a group practice setting. I LOVED my work and clients. I specialized in trauma, marital therapy, and personality disorders. My trauma work was my heart and I saw myself doing that for the rest of my professional career. In 2006, I started showing strange symptoms, including gaining 30 pounds in 30 days! I continued to gain weight over the years, eventually totaling 150 pounds. I also developed an onset of diabetes, high cholesterol, high blood pressure, and overall declining health. Nonetheless, I remained functional enough to remain in private practice, although my clients and colleagues were very concerned about my rapidly changing appearance and seeming decline in my health. After miraculously giving birth to my youngest daughter in August 2010, my symptoms were exacerbated.

Seeing an episode of Mystery Diagnosis (in 2010) on Cushing’s Disease saved my life! After many years of seeking answers, I finally found one. My symptoms were caused by a tumor in my pituitary, located on the base of the brain. A tumor the size of the end of a pencil tip was wreaking havoc on my body and my life and my family’s lives (Husband and two beautiful girls). Ultimately, local doctors were unable to help me and I had to seek desperate help from experts at the Seattle Pituitary Center/Neuroscience Institute in Seattle, WA, almost 3000 miles away from my home in Chicago. I had begun having several black outs a day, by that time due to changes in my tumor activity. I was dying and no one was helping me! By the time we made an overnight emergency flight to Seattle, the Cushing’s expert said that his job was to “keep me alive until surgery”. We fought our health insurance to pay for brain surgery and continued to battle a war. We WON!!!

My story is long and continues today. I want to share that after multiple surgeries (including a brain surgery and removing my adrenal glands) and now living with another life threatening illness (Addison’s Disease/Adrenal Insufficiency) because of my surgeries to treat Cushing’s, ironically, I am inspired to be a voice for the voiceless. As a warrior in this battle, I realized how we can feel like we do not have a voice and no one is listening. It can be quite traumatic!

Several years ago, I made the decision not to return to private practice. I felt that, physically, I would not be able to go back. However, ultimately, my gut felt like I was meant to do something else. I began putting the ideas of an organization on my vision board. I began posting videos on YouTube to help others with the emotional and psychological process of living with a chronic illness.

I want to encourage others to fight for their lives and to never give up! Those words were spoken by me in 2011, during a time that I didn’t even know if I would be alive the next day, let alone doing this now. However, I had a dream and I visualized this dream every single day. I knew that it would be EPIC!

Today, that dream is coming into manifestation! I am thrilled and excited to be a voice for those who feel that they do not have a voice! I was once told that visualization is ten times more powerful than will power! I always had the will to start a nonprofit! The VISION, though, is the reason why I finally gave birth to The EPIC Foundation!

Founder and Executive Director of The EPIC Foundation