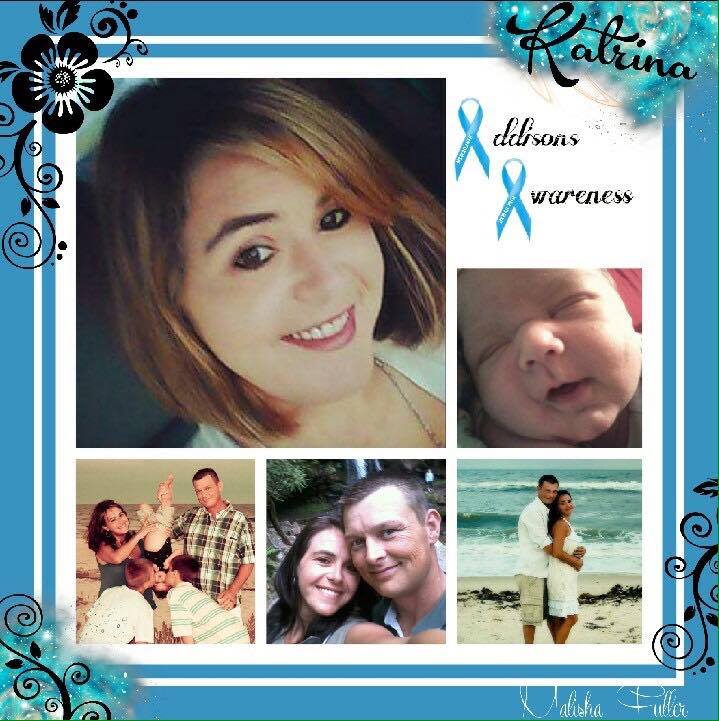 In 2013, I found out I was pregnant. At 11 weeks along, things began to prove which direction this pregnancy was going. My blood hemoglobin started to dissipate.

At 26 weeks, I started hemorrhaging and had to have surgery. In all, I received 5 blood transfusions to help save me and the baby. I was ordered to have bed rest for the remainder of the pregnancy.

At 28 weeks, I had an MRI of my brain due to stabbing pains.

At 30 weeks along, my blood pressure dropped dangerously low and at 32 weeks, I was having terrible seizures.

At 37 weeks, I had to be hospitalized until I gave birth which proved difficult to say the least.

During my C-Section, the anesthesiologist had to keep pushing epinephrine and literally had to slap my face to keep me somewhat alert. Finally my baby was born!  I had a tubal ligation so as not to ever go through the fear and suffering I had endured.

We went home and I still felt like I did during my pregnancy. I was tired all the time and was not producing enough milk. I was out of breath all the time, retaining fluids, craving foods and just feeling like crap all the time!

The baby and I would sleep and rock in the recliner for days on end. I could not lose the baby weight and was actually gaining weight. My face was starting to change colors. My other kids were eating tons of fast food. I became a person I did not know and did not like.

On November 8, 2014, I woke up to rust colored hands and feet!  I tried scrubbing them but I could not get them clean. I started retaining fluid, experiencing flank pain, shaking, muscle and joint pain and headaches.

I decided I needed to see a doctor. When my mother and I arrived at the clinic, I was having trouble breathing, not because I couldn’t but because I was so weak I didn’t want to. At the clinic, they refused to see me and said I needed to go to the emergency room at the hospital immediately!

By the time my mother and I arrived at the emergency room, I could not stand up straight and was very confused. I was having a difficult time even walking. My blood pressure was extremely low as was my sodium.

The next few days are just a blur. The diagnosis they gave me was that I had an allergic reaction to my seizure medications.

Once I was released from the hospital, I saw my General Practitioner. She advised me that several blood tests came back abnormal. She repeated the blood tests 3 times until she informed me that my cortisol and ACTH levels were abnormal and she referred me to an endocrinologist. I was also to not increase my fluids unless it was high in sodium.

In February 2015, I saw my first endo. She did a stim test which came back that I had Adrenal Insufficiency. She advised me to take the medication she prescribed only as directed. She than said to come back in April.

In April 2015, I saw my endocrinologist again. This time I had a list of questions. She barely spent any time with me but did tell me that AI does not cause pain, ever and that she wanted me to experience a crisis before she would prescribe an emergency stress dose injection kit.  I knew then that I needed a new endo!!

I now have a new endo that has found other problems with my health. Including my pituitary, thyroid, low sodium and possibly my kidneys. My endo is quite certain that I have Sheehan’s Syndrome and testing has begun.

My other diagnoses include epilepsy with seizures (every kind), migraines, asthma, anxiety, beta thalassemia trait, titanium ankle due to a seizure while driving and crashing in 2001, recurrent cervical pre-cancerous cells and rheumatoid arthritis.

My endocrinologist has given me hope for a good future even with all my diagnoses.