Battleground Diagnosis, directed by filmmaker, Marc Harris, is a feature length documentary film that shares the stories of the survivors of a rare illness, Cushing’s Syndrome/Disease.

Marc Harris is the cousin of Karen Thames, Cushing’s survivor. He witnessed Karen go from a vibrant young Clinical Psychologist in practice, to someone whose health deteriorated due to the symptoms of Cushing’s, as she tried for many years to get answers from professionals. As she continued to eat a healthy, 1000 calorie per day diet, engage in exercise with multiple personal trainers, and follow through with referrals to consult with dietitians; Karen continued to gain weight at a rate of 5 pounds per week and experience rapidly declining health. Finally, after watching a Cushing’s episode of Mystery Diagnosis, Karen found her answer! Ultimately, she sought the expertise of and treatment from a team of experts at the Seattle Pituitary Center in Seattle, WA. Karen had brain surgery in Seattle on November 16th, 2011. After a recurrence of Cushings, Karen had a Bilateral Adrenalectomy (BLA) where the surgeon removed both of her adrenal glands in Wisconsin on August 21st, 2013.

After having a discussion with Marc in which Karen described that she knew hundreds of others who also had been through long journeys with Cushing’s, the diagnostic and treatment process; In November, 2012, Marc and Karen decided to document these stories.  Since that decision, Marc has traveled all over the country to interview Cushing’s patients who are all known to Karen. They all share their stories of struggle, pain, and triumph in the hopes that they can help the world to understand this rare disease.

Stephanie Thames-Harris and Craig Thames sit on the Executive Board of Empowering People with Invisible Chronic Illness (EPIC) Foundation and are committed to seeing this project through for the advocacy of Cushing’s patients!

The EPIC Foundation supports the production of the feature length film-documentary, “Battleground Diagnosis: The War to Survive Cushing’s Disease/Syndrome. To learn more about this project, please visit the documentary page at http://www.Facebook.com/Hug.A.Cushie“ 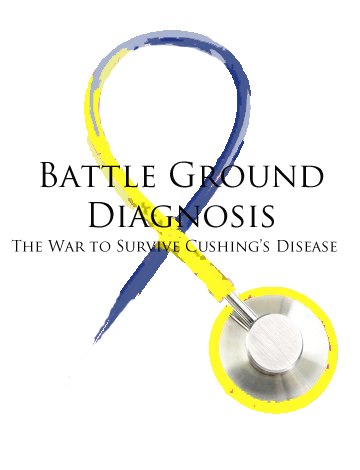