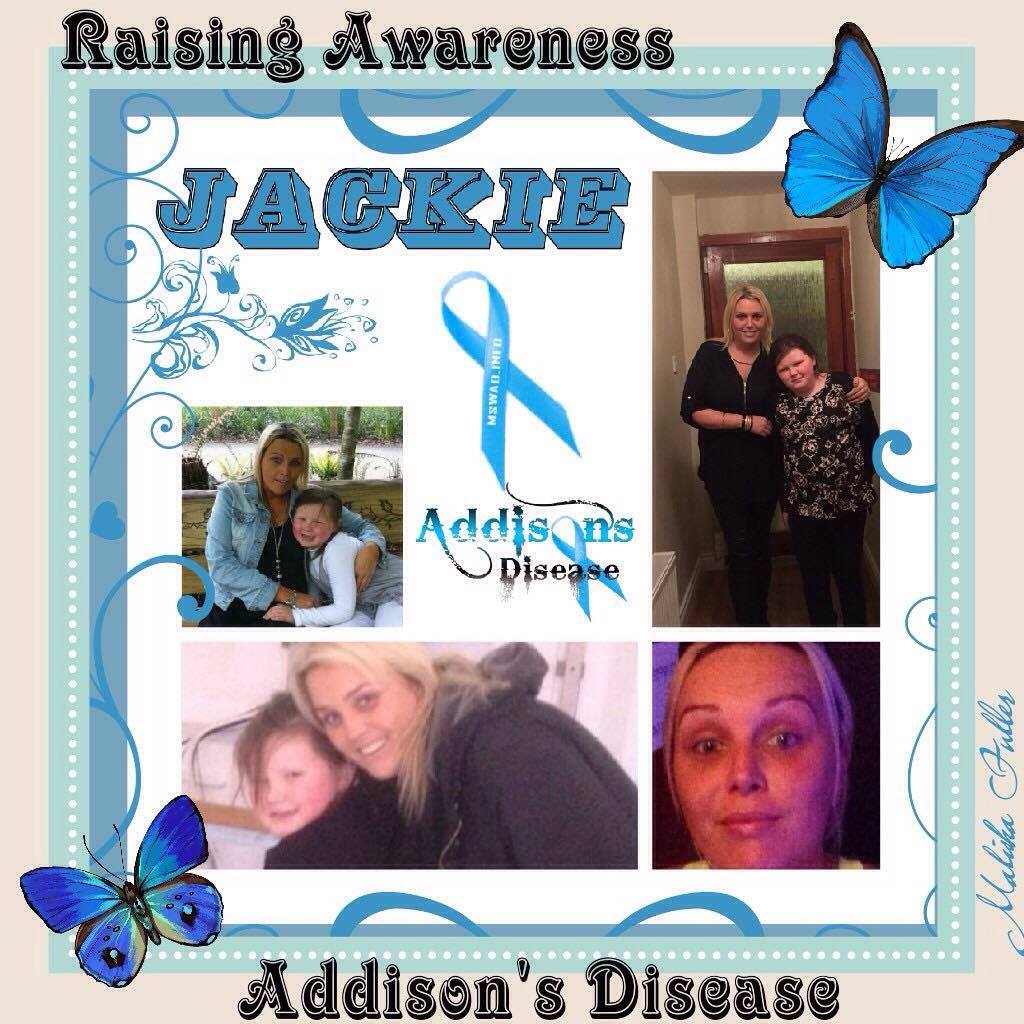 My name is Jackie Trumper and I have had Addison’s Disease for nearly 11 years.

A year before I received my diagnosis, I fell at work and hurt my back. I was very sick and every symptom was attributed to my back injury.

In May 2005, I was diagnosed when I went into an Adrenal Crisis. I had been in the hospital for nearly 4 weeks when a student doctor suggested testing for Addison’s Disease. He was told that it was nearly impossible for me to have it.

I was finally diagnosed with Addison’s Disease and it was a shock for me, my partner and my family. I was also told I might not be able to have children because of my new diagnosis.

I do have other medical issues. I have had 6 spinal surgeries as well as stomach problems which have required long recoveries. Due to Addison’s Disease, I get very tired and have trouble sleeping. I do try to lead as much of a normal life as I can.

I was blessed with a beautiful daughter who is now 9 years old. She knows all about Addison’s Disease and she has even seen me go into an Adrenal Crisis, which is very scary. She sees a psychologist because her father and I have gone our separate ways. She has taken it upon herself to be my caregiver.

I am lucky to be as healthy as I am. There are days that I feel sorry for myself and know that the surgeries I had were worse due to Addison’s Disease. With one of my spinal surgeries, I ended up in the hospital for 4 months. When my daughter was 1 years old, I got a really bad infection.

I am happy now. I have great family, friends and a lot of good neighbors.  I have help from family for my daughter as well.

Once you have control of your medications, you can lead a somewhat normal life.

With lots of help and understanding, I am now going on 11 years with Addison’s Disease and get to share my life with my beautiful daughter!